← Great Escape and Hellbound Media at Cardiff Comic Expo
Is cinema out of film? →

Tomorrow, in association with Hellbound Media, we’re launching a new regular action-horror web comic. Faith Healers: The Flesh Angel is a brand new adventure for Hellbound Media’s team of Nephilim (half-angel) medics, known as the Faith Healers. Here you can read more about the world and characters, and what’s coming up in the next few months.

Faith Healers is an independently 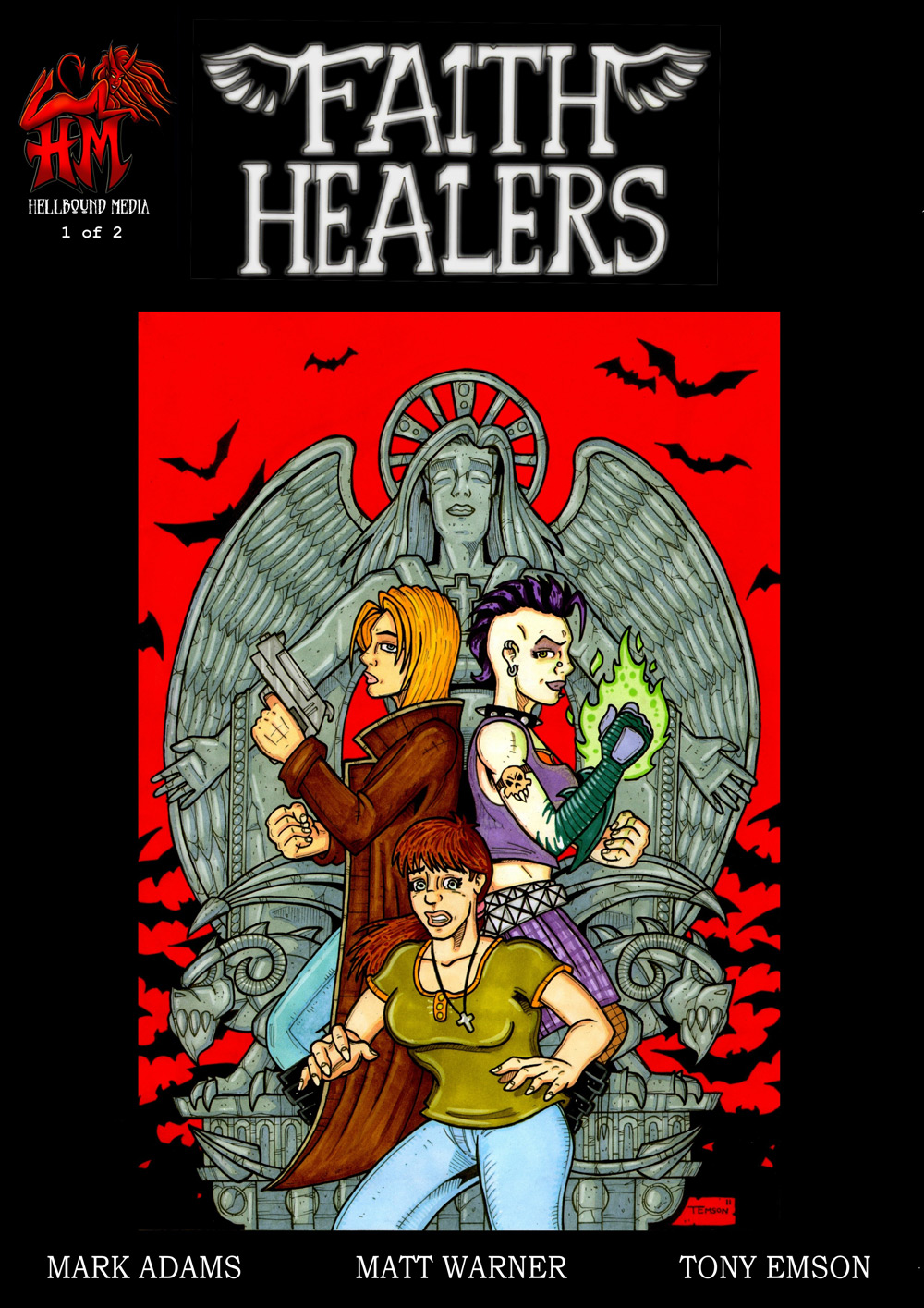 The first two issues, available now from The Hellbound Media website, tell the story of Abi Ryan as she discovers that she is Nephilim and joins the Faith Healers team. Tony is now busy working on the third issue – as well as his upcoming wedding, which we’d like to publicly congratulate him on here! Meanwhile, another long term Hellbound Media collaborator, Anna Susanne (artist for Hellbound Media’s Mandy and the Monster, and The Monster under the Bed short) is helping to produce an exclusive new Faith Healers web comic.

Every month, we’ll be adding a new page (and sometimes two) of this brand new adventure written by Mark and Matt. Letterer Nikki Foxrobot will be adding the finishing touch to Anna’s artwork. Each page will tell a self-contained story and these will build up into a longer, developing storyline as the Faith Healers investigate the threat of the Flesh Angel.

The Nephilim are descendants of the intermingling of human and supernatural bloodlines. Powerful entities visited our world long ago; many believed they were Angels and, as with other occasions when cultures collide, they produced offspring with the indigenous population. The Nephilim live hidden amongst normal humans, but each posess a special ability based on their bloodline – telepathy, healing, the control of elements, the variety is endless. The bloodline tends to pass down through women and so male Nephilim are very rare. The Faith Healers exist to keep the secret of their kind. Based at All Saints Hospital, they deal with medical emergencies involving other Nephilim and investigate when others use their powers to do harm.

Demons are fallen Nephilim, descendants of Pure Demons who once tried to conquer our world and were cast into a prison Dimension. Their bloodlines are weak and most do not have any natural abilities. Born looking like regular humans, they often use extreme body modifications to give themselves a more demonic appearance. Most Demons serve Gordon Hex, the last surviving pure Demon, who keeps them enslaved by feeding them strength-enhancing drugs. However, some have turned to the insane human surgeon Sir Mason Rathbone, who promises to free them from addiction and give them powerful abilities through experimental surgery. 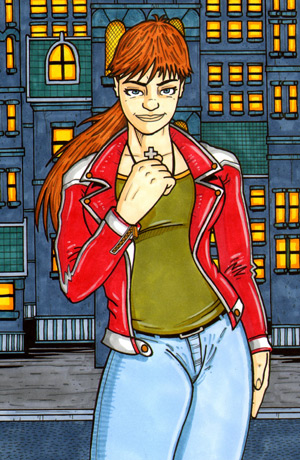 Abi only recently discovered she is Nephilim. She is an empath who can sense the pain, feelings and sometimes even the intentions of others. She works as a nurse at All Saints and is a member of the Faith Healers field team. Caring, considerate and cautious, Abi is still learning about the world of the Nephilim. 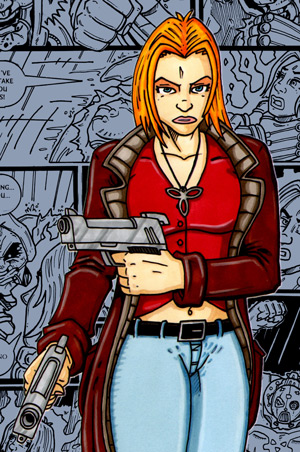 Strong willed and tough, Gwen has a no nonsense attitude. She has no medical training but works as both head of security and chief investigator. Always armed with twin handguns, Gwen is the first to leap into action. Her ability is a form of immunity. As well as being exceptionally strong, she never falls sick, never gets ill and cannot be harmed by toxins. However, her body can still be injured. 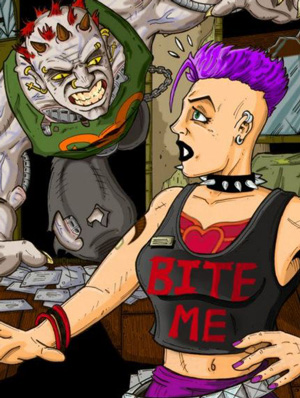 A Demon and the daughter of Gordon Hex, Lily has turned her back on her own kind to help the Faith Healers. Her strong bloodline means she has her own natural abilities; she controls fire and can appear in a demonic visage when fully using her power. She is aggressive but also fiercely loyal to the team. 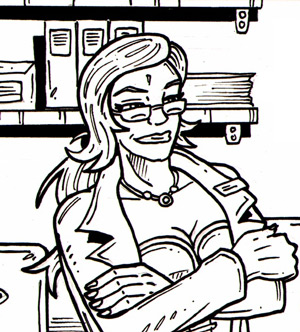 A Doctor and forensics expert, Cyan is something of a rogue. She rejects most authority, and doesn’t trust Lily. Her ability is to heal others. She can heal almost any wound but it burns up a lot of energy, and she’s often left exhausted. This also explains her almost unending appetite!

There are other Faith Healers, as well as a whole medical team at All Saints. Some of these characters may turn up over time. For now, we hope you enjoy this slice of action, adventure, and horror as the Faith Healers begin investigating the grotesque work of the Flesh Angel! Stop by tomorrow for the first installment!