Gabriel Cushing at The Carnival of Sorrows – Kickstarter Launch 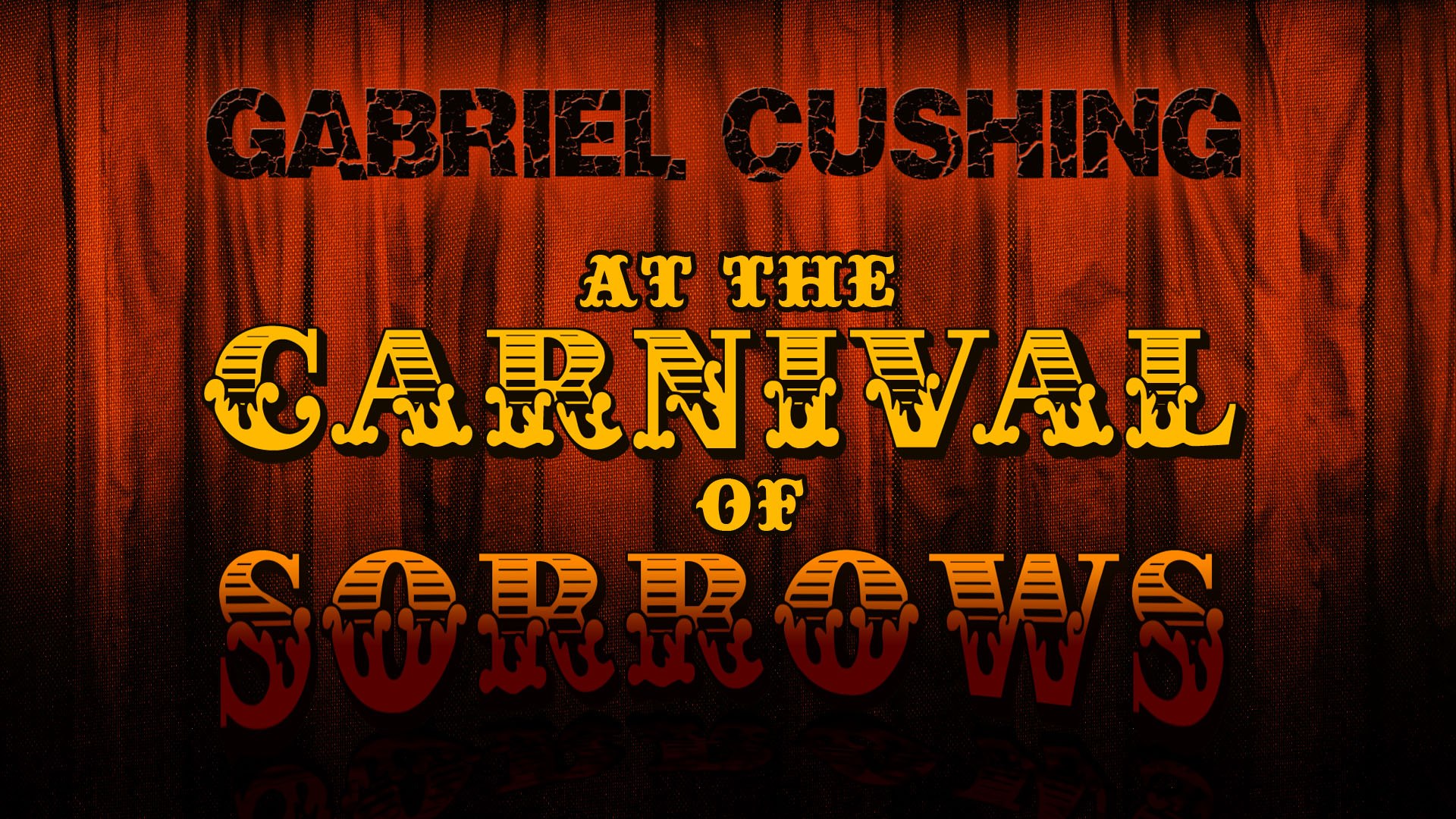 Old school demon hunter Gabriel and his assistant Melanie take on a cursed carnival troop intent on stealing the souls of the living.

The eight parts follow Gabriel and Melanie as they work to uncover the dark intentions of a cursed carnival troop who prey on the souls of the living. Several unexplained disappearances draw them into an investigation, and as they delve deeper they reveal the carnival’s disturbing past and frightening portents of its future. Their every step hounded by demonic clowns, terrifying beasts, freakish living dolls and other twisted creatures, they must hurry to unlock the secret to stopping the troop forever.

Following in the tradition of Gabriel Cushing vs the Zombie Vampires and Terror of the Killer Carnivorous Coat, Carnival of Sorrows will combine good old fashioned horror with thrilling action and adventure and a twist of humour.

This Kickstarter will generate the funds we need to shoot and produce the series. The money we raise here will go directly towards what you see on the screen, while our own investment and private funding sources will cover the behind the scenes expenses.

Filming is scheduled to take place over the month of August 2013 with several supporting mini-shoots to provide additional material. Total on set time is estimated at this stage to be 20 days, including 16 within the main August shoot.

Development of the props, costumes and special effects make up will take place in the two months preceding the shoot.

Following the shoot, the post production phase will commence. Video and audio editing, music scoring, digital effects and rendering will take place over an extended time frame with an anticipated completion date of August 2014. The final release date for episode 1 will be October/November 2014, with DVD and download rewards going out at around the same time.

Visit our Kickstarter Project page to read the full story. You can also find out about all the rewards, updates and stretch targets.

To help you get a grip on what you get with each reward, we’ve included a graphic below which shows exactly what’s included at each level. We’ve also included a few FAQs to help clarify certain aspects.