So, here we are, over halfway through principal filming for Gabriel Cushing vs. The Zombie Vampires, our web-series-come-feature-length-film. The last couple of weeks have felt like a non-stop smear of fangs, foliage, face-paint and most of all, blood. We have an overworked DP plowing through 1,166 takes of footage across 7 days of filming, crewmembers strewn like burnt-out wreckage of some terrible accident, but most of all, cast chomping at the bit to come back again this Saturday. 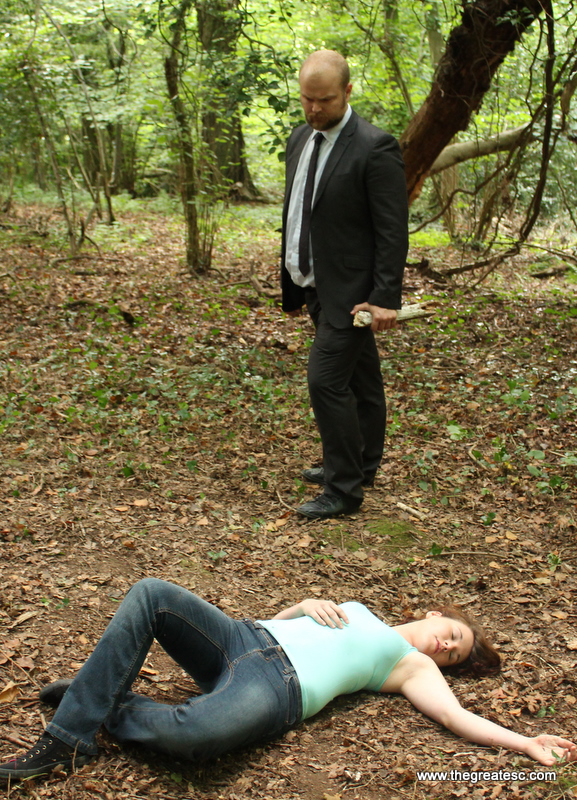 The first 4 days (Saturday to Tuesday) were hard. David, our returning cast member, found out he couldn’t get many days off over the course of the filming dates so all of the film that featured him had to be packed into early morning starts and late-night finishes. In the end, it meant that we ended up doing 18-hour days, 4 days in a row. It was heavy-going, with one scene being shifted twice and the Wednesday shoot having to be abandoned completely. However, over that time we got a huge amount of filming complete, with only 1 scene missed due to the skipped day.

Over the course of those 4 days, we had every main cast member turn up at some point, with most of them filming every night.

Over that period, we saw: a grizzly death, plenty of people being thrown about, a large number of biscuits consumed, one case of nail painting whilst unconsicous on an unsuspecting cast member, and purple feathers strewn throughout the woodland due to a feather boa that wouldn’t stop shedding.

After a short break in filming, we were back on Thursday, sans David, to film the fight and moments leading up to a vampire takedown and a few surrounding shots. Sadly, time constraints meant we were unable to get all the special effects ready in time to film the death itself, so it’s been moved to a couple of weeks’ time. We also filmed the producer’s cameos (although you don’t see our faces, so you’ll have to guess who is who!). 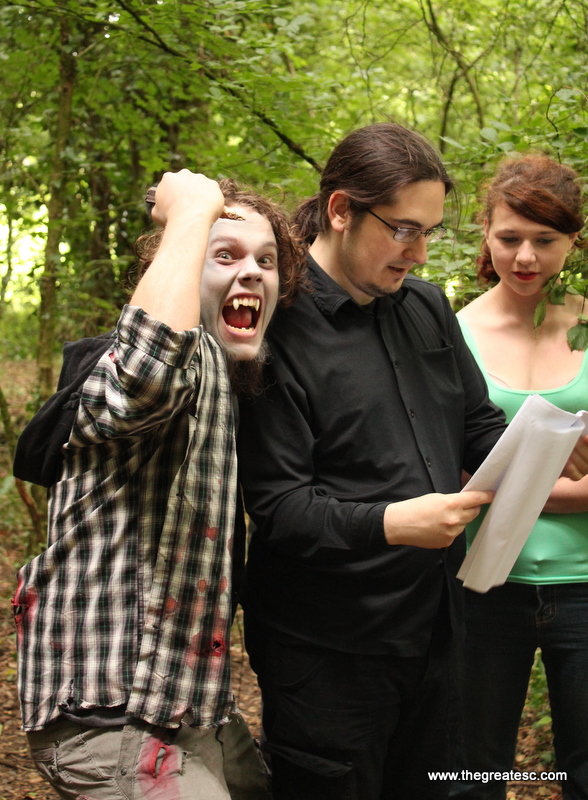 Monday saw the return of Marley, Keri, Andy and Gemma along with Gina (down for the day). Unfortunately, some last minute pull-outs meant we were down a couple of actors, so step in myself and Amy as ‘featured extras’ to act as vampire feasting material. Also, there was a percentage of stakings and also one count of sending Gina in full zombie costume down to the local chip shop gnawing on a severed leg from the prop store.

Tuesday saw our messiest death yet (no spoilers!) involving a mannequin head that spurted gloop out of it’s eyes and mouth. It was completely gross and kept spraying the crew whenever it got bunged up, but it gave us some excellent gory footage which we hope you’ll enjoy.

Finally, this last Monday saw us filming scene 1 of the film with new face Ollie, plus Marley and Nick. Sadly, shooting had to be abandoned due to bad weather but we got a large amount of it done, so hopefully that can be caught up with towards the end of the shoot.

Overall the filming is going well, but it’s just the tip of the iceberg for this production. Once we wrap, we’ve still got inserts to do, takes to be reviewed, editing to be done, sound to be worked on, dubbing to do, etc. All in all, it’s unlikely to be completed much before its scheduled release sometime in spring of 2012. 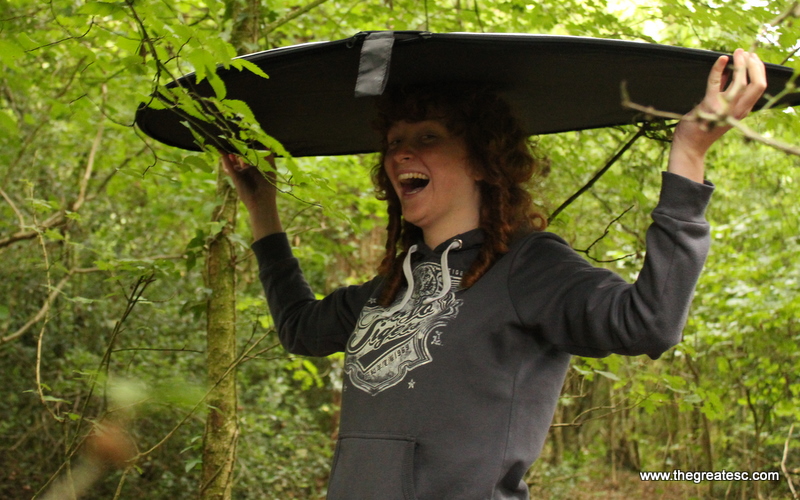 I want to thank everyone who’s been working to get us to where we are now. Massive thanks to all the wonderful cast we’ve met so far: David, Marley, Nick, Sam, Conner, Andy, Ollie, Gina, Keri, Gemma, Tom, Josh and Carolina. Big thanks to the crew: to Felek, Chrissey, Anna, Jonathan, Carina, Tig, Amy, Inma, Ben, Jan and anyone else I’ve probably forgotten in my sleep-deprived brain. Special big thanks go to Mark, without whom none of this would be happening. We’re all very excited about the film, the biggest production we’ve ever done bar-none, and really hope you enjoy it when we finally get to show it off early next year.

If you’re the impatient sort, why not come down THIS WEEKEND and join in by becoming part of our Zombie Vampire horde? Details are available on our Facebook event page or email us at [email protected], but you might want to check out this video first…