There’s lot of new projects happening and new releases coming out in the world of films, fiction and comics. Here’s five which we chose to highlight this month:

Now Funding on Indigogo – The House of Screaming Death

The House of Screaming Death is a very special horror anthology that celebrates the bloody best of British horror films. Their intention is to make a feature length horror film that pays homage to the classics and then promote it across the globe in as many festivals as humanly (and in-humanly) possible.

The team are currently raising funds via Indigogo and need all the support they can get. Visit their fundraising page.

In this continuation of the story, Tara Normal must deal with the fallout of her fight with the devil in Book 1 and solve the mystery of Charlton; the new star of the TV show Ghost Soldiers. Charlton possesses supernatural powers that allow him to resurrect the dead which would cause quite the population problem in her home town Little Salem.

You can get hold of the first part of the story at Taranormal.com or Comixology.

Last month we featured Anastasia Catris and her new gothic horror comic series Cirque du Mort which is now available to buy! You can order your copy via Ana’s Store or get a digital copy for Kindle via Amazon.

Cirque Du Mort, tells gruesome tales about the cast of a haunted circus – each story being told from the perspective of one of the cursed troupe who are treading the boards for one reason or another. 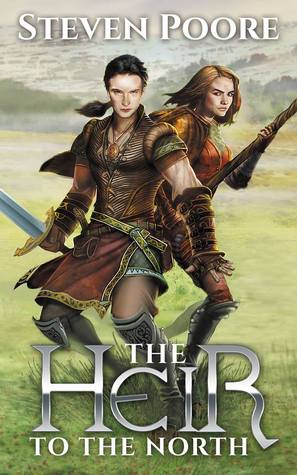 Coming Soon – The Heir to the North by Steven Poore

Old soldier Baum and heroic warrior Meredith seek to defeat Malessar and his foul curse. Conscripted into their quest, young Cassia quickly realises she could make her name as a storyteller by witnessing such an epic confrontation. But neither of her companions are quite as they appear, and the truth lies deep within stories Cassia has not yet heard.

We’re excited about this new epic fantasy, which will be published by Kristell Ink/Grimbold Books later in 2015, so add it to your to-read list. You can find out more about Steven, his books, and his reckless attempt to listen to and review every Dr Who audio play released by Big Finish, on his website.

Coming up in a couple of week’s time is Cardiff Independent Comic Expo. The events schedule for the expo has just been anounced and looks really exciting. It features panel discussions on 2000AD, Dr Who, and indie comics, and two film screenings: Frame of Mind and The Black Room.

This Wednesday we’ll also be inviting expo organiser Mike Allwood to join us for an interview here on The Great Escape, so make sure you check back for that.