Gabriel Cushing vs the Zombie Vampires – The count down begins!

Little Easton, a sleepy little village in southern England is suddenly not so tranquil. Something is preying on the residents.

Gabriel Cushing, hero of The Great Escape’s Terror of the Killer Carnivorous Coat, will be back to hunt evil in Gabriel Cushing vs the Zombie Vampires on October 13th 2012. The new eight-part web series will be aired over the following months.

You can get a sneak peak and follow all the news on the new Facebook page – facebook.com/gabrielcushingvsthezombievampires 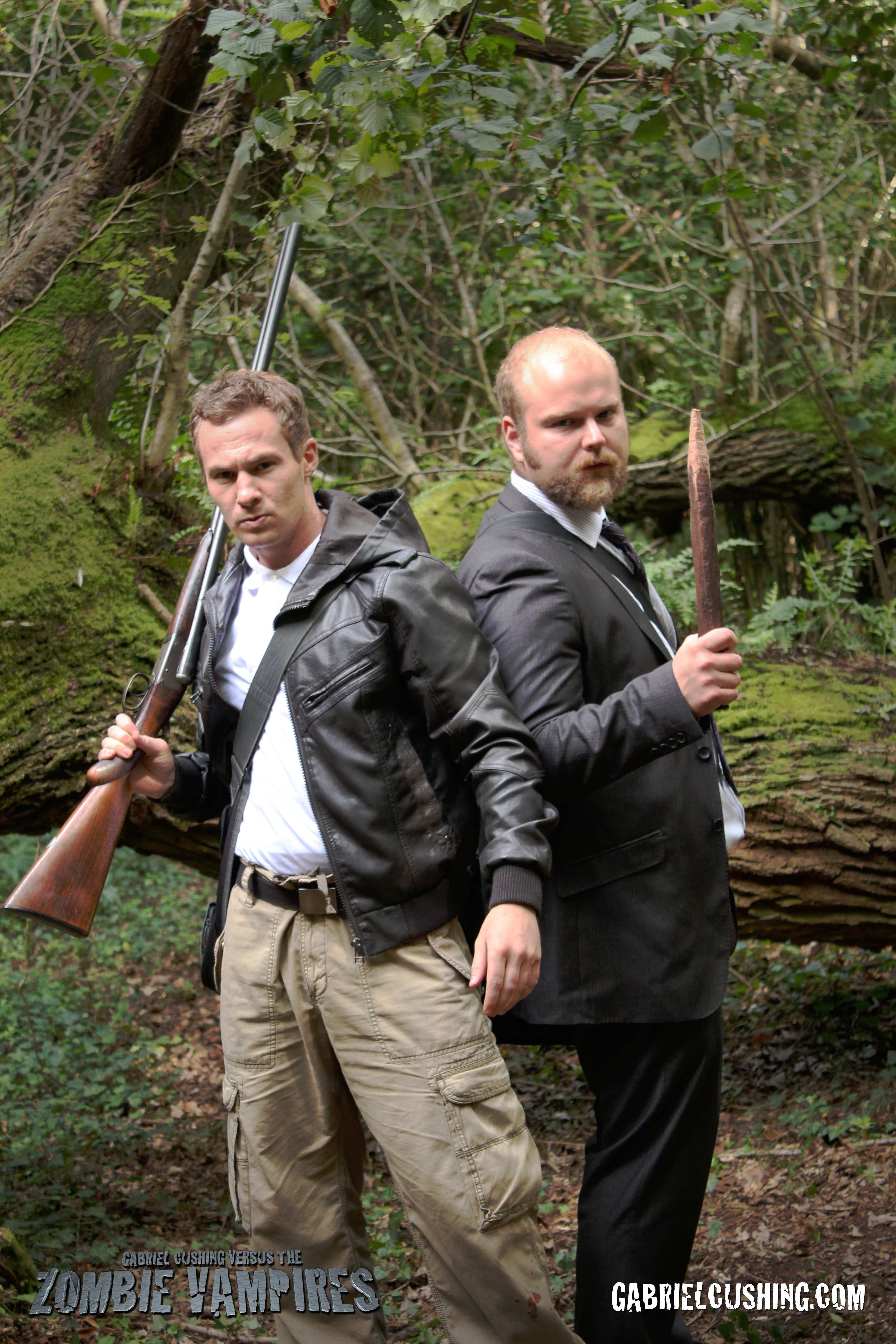