Arrows are for amateurs. Winner of our Valentine's short story contest. 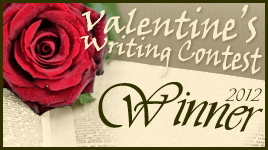 The bar is actually called Arrows. Big, neon-lit white letters, cursive and flowing to the point of near-illegibility, on a sickening deep pink background dotted with squint-to-see-em red hearts. On each window, they’ve etched an ornate, fragile-looking bow nocked with an arrow that has a heart-shaped head. It’s embarrassing.

As I stand in line, I wonder if the bar’s “romantic” theme was designed in earnest. If it was, the owners must have been disappointed to find out that if you invite people to come looking for love at your establishment, what they actually come looking for is sex. There is a difference. I’d be out of a job if there wasn’t.

More likely, the proprietors knew exactly what they were doing. Sex is what sells, after all. Maybe the lightless alley that runs up the side of the place is supposed to be a feature, not a shady inconvenience.

I get to the door and pay the cover charge. The bouncer barely notices me, which is the intended effect. The unremarkable brunette he sees on my arm may or may not be real; she will dissolve into the crowd once we’re inside, and continue to make no impression on anyone.

There is love to be found here, believe it or not, and good love. The forever kind. You just have to be good at spotting it. And that’s what I do; that’s what I’ve done all my life. I’ve become an expert at it. I spotted it here.

The two I’ve spotted don’t know each other yet. He’s over at the bar waiting for his change, and she’s sitting at a table alone, pretending to do something with her phone.

She’s here with her friends. Rachel phoned her at four this afternoon, and said of course she had to come out this evening, because Sarah’s in town for the weekend and Sarah just broke up with Simon, so of course they’re all going out to Arrows to help her get over it. She thinks it’s a stupid idea, really. She doesn’t really know what Sarah needs to help her deal with her breakup, but she’s pretty sure it’s not a one-night-stand with a stranger at a singles bar. (She’s right.)

Now Rachel and Sarah have gone off to find the toilets, and she’s been left to guard their table, and their coats. Alone and self-conscious, she pretends to be texting so that she doesn’t look quite so… pathetic.

He’s here on his own because he’s lonely and desperate and a little naïve. He works in an office, lives in a one-bedroom flat and spends his life moving back and forth from one to the other every few hours. He owns one ill-fitting second-hand suit, and one battered second-hand briefcase, because he’s not an important person at the company.

Well, to be technical, I spotted it somewhere else, somewhen else.  They’ll never know it, but they’d met before tonight. Three days ago he was at work, sitting in his little blue cubicle, and she’d walked past his door. They hadn’t seen each other’s faces. She’d seen his ratty, scuffed briefcase for a moment as she’d passed. In it, she’d  seen the corner of the cover of some dopey thriller that he was reading and she’d read before and liked. He’d looked up as she walked on, and all he’d seen was the shoe on her trailing foot before it vanished behind carpeted blue wall, and he’d thought it was a pretty shoe.

They’ll meet again, soon. I want to be there when they do.

The whole place is overcrowded, and for most people it would be a problem just getting from one end of the room to the other. But not for me, because I’m an old hand at this. It takes years of practice to really be able to slide through a crowd. There’s an art to it. It’s all about analysis.  You have to learn to watch everybody at once, to see which way they’re moving, and figure out where the paths will open up. If you’re really clever, you can give just one person the slightest bump and make the paths change to what you want.

In two years, he’ll still be single. In six years, he’ll be married to a woman he hates because he thinks she’s his only option. In eighteen years, they’ll divorce. It’ll be the right choice for them, but not for their son, whose grades will steadily decline. He won’t go to university, like he wanted.

In a few moments, she’ll be aware that someone is looking at her. She’ll let him walk past, without looking up, and she’ll never see him again.

In two years, she’ll have decided to go back to university and become a teacher. In six years, she’ll get a job she likes, teaching English to the smarter kids at a school near her old house.  She’ll strike up a relationship with Mark – Mr. Harper – who teaches maths. He’ll already be married to someone younger and, she imagines, prettier. She’ll believe him when he says he’s going to divorce her soon. She’ll believe it for a long time, and then one day she won’t any more, and she’ll tell everyone what he is and they’ll both be fired. In eighteen years, she’ll be living alone in a nice apartment, feel a dull ache in her left side, and nobody will tell her to go to the doctor.

He walks toward her table, now, and she’s not going to look up. He sees her, and thinks she looks pretty, even though underneath the table she isn’t wearing the shoes he saw. He thinks about saying something to her, but he doesn’t. He’s no good at that kind of thing, especially when dealing with complete strangers. He’s going to pause for maybe half of a second, and then walk away, and they’ll never see each other again.

I’m there behind him. I only need half a second, I’m not here to do much at all. They don’t even notice me. I reach in and put two fingers against the side of her highball glass, half-full of tomato juice and vodka. In that half-second when he’s looking at her and she’s looking at her phone and neither of them are looking at anything else, I knock the drink into her lap, withdraw my hand and disappear into the crowd.

In one second she’ll cry out, and raise both her arms up and away from her lap. in two seconds she’ll look up, focus on him, and mistake him for the person who knocked her drink over. In four seconds he’ll stammer an apology for something he didn’t do. He’ll offer to buy her another drink, and to pay for her dry-cleaning.  In two hours he’ll walk her up to her front door and arrange to see her again, but they won’t kiss. Not just yet.

In two years he’ll propose to her. He won’t have a ring. It won’t even be a romantic place. They’ll just be walking through town and he’ll look over at her, suddenly realise that she’s essential and blurt the question out, knowing that if he stops to think about it he might make the wrong choice.

In six years he’ll have bought the ring and they’ll have saved up enough that they can have a proper wedding. They’ll both know that there was never any need to rush things anyway, especially when they had a daughter to take care of.

In eighteen years they’ll be living in a pretty little suburban semi. He’ll own four suits and three briefcases, and she’ll be deputy headmistress of a local comprehensive school. One day she’ll feel a dull ache in her left side, and her daughter will insist that she sees a doctor, and it’ll be very lucky that they caught it so early.

In fifty-four  years, one of them will be there at the end for the other, but it doesn’t matter which is which.

That’s what I’m good at, see. Analysis. That’s how I spotted them in the first place. You look at two people, and you see which way they’re moving, and you see where the paths will open up. And if you’re really clever, you can give one person the slightest bump and make the paths change to whatever you want.

It’s only fifteen seconds later when I leave the club. I glance at the corny bow-and-arrow design on the windows, this time from the inside, and fight the urge to roll my eyes. There are far more elegant ways to do this job. Arrows are for amateurs.