Gabriel Cushing: A Fright At The Opera 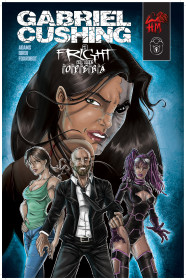 Gabriel Cushing stars in his first graphic novel adventure! The occult academic is called on to investigate the supernatural events that are occurring at the Palace Theatre as it prepares for an all new show. Soon he uncovers the murderous intentions of a Banshee, whose rage is directed at the cast, crew and audience.

Co-published with Hellbound Media, the new story by Mark Adams is illustrated by Amrit Birdi and lettered by Nikki Foxrobot.

Read a preview of this comic here on The Great Escape