This July we’ve chosen to devote our Monthly Mention to crowd funding projects happening around the UK! Check out some of our top picks of the projects you can support right now:

On Friday we featured Checkpoint Gaming Lounge as our follow of the week. They’re currently funding to open a new gaming venue / cafe / bar in Cardiff and we love the look of their concept art and ideas.

Board – A Board Game Cafe, Exeter 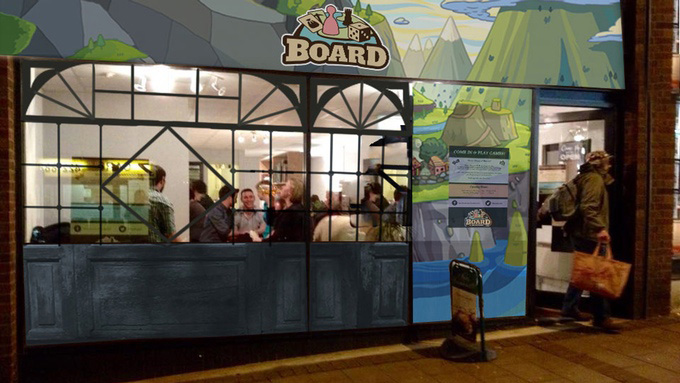 Checkpoint isn’t the only gaming cafe funding right now. Based in Exeter, Board was opened as a pop up shop earlier this year. After a successful trial period, brother and sister team Luke and Beth are raising funds to make Board a permanent venue.

Among the rewards on offer on their Kickstarter Page is a chance to own one of their mark I two tiered gaming tables! Which we at TGE are seriously tempted by!

The Unfortunate Adventures of Uncle Chainsaw

From gaming venues to games to play there. The Unfortunate Adventures of Uncle Chainsaw is a wacky new storytelling card game. They’ve already done loads of development and play testing and now they are funding to get the game fully illustrated and into production.

This is a fun, crazy, kooky, silly, somewhat mental card game for 2+ players of all ages. 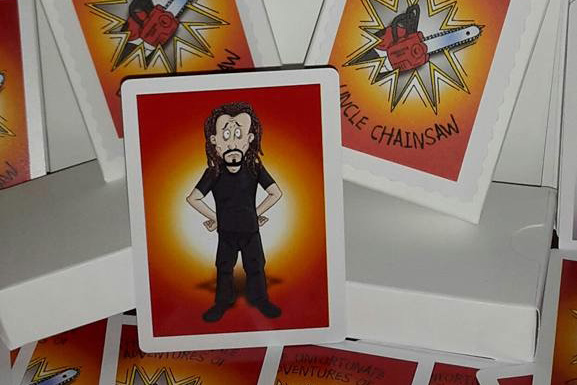 And from wacky games to wacky films. Ghost Bank is an off the wall short film featuring (hopefully) chimps and “God awful effects”.

This could turn out to be really good or really God awful, but we at TGE think it could be fun finding out. What’s more, creator Andrew Coulson is offering up some sweet rewards… so sweet we fear he may not have any money left for the film, but that could be half the fun of it.

Also funding towards a modest £6k total is  “Survive”, a short film with a more serious flavour. Writer, director and principle actor Richard Rowden is the man behind this dystopian action adventure. They’ll be filming in the Lake District later this year and need funds to cover production overheads.

From creator Leah Lawry Johns, creator of short film The Factory, which successfully funded through Kickstarter a few months ago is back with a new theatre project, Caught. The play features three actresses; Serena Chloe-Gardner, Ella Duncan and Leah herself playing six roles in a gritty crime drama.

We at TGE know the team behind Caught are true professionals and this is going to be a polished and powerful production. Grab a chance to go and see it at the Pleasance Theatre in Islington by backing them now.

So that’s our pick of projects happening right now on Kickstarter. Make sure you check them out and back the ones you like for some great rewards.