← Last Day to pre-order Great Escapes | Volume 1
Project Spotlight #4 – Out of the Darkness by T James (an Elite: Dangerous book) → 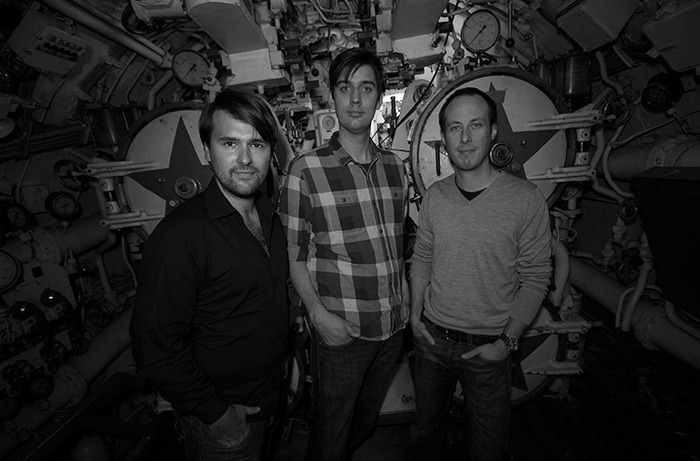 In the third of our crowdfunding project spotlights, we’d like to introduce fellow Bristolian film makers Liam Garvo, James Heath (producers) and Andrew Harmer (director), creators of The Fitzroy.

This feature length black comedy is a highly ambitious project and hugely inspiring. The team radiate confidence and already have many blocks in place to make the film a reality; concept art, locations, script and so on. The Kickstarter campaign is designed to finance the shoot itself.

“Set in an alternative post-apocalyptic 1950’s, The Fitzroy hotel, a derelict submarine beached just off Margate, is the last place for a traditional summer holiday.

But when he falls in love with Sonya, a murderous guest, he is thrown into a world of lies, backstabbing and chaos. As Bernard struggles to hide her murders from the other guests and suspicious authorities, the hotel literally begins to sink around him.

As his world implodes, Bernard must choose between the woman he thinks he loves and the hotel submarine that is keeping them all alive.”
(The Fitzroy, Press Pack)

The Fitzroy will be shot on a real disused submarine; The Black Widow, and the team have put together some stunning concept art and Kickstarter rewards. We thoroughly recommend you check out their very classy video (below) and their project page.